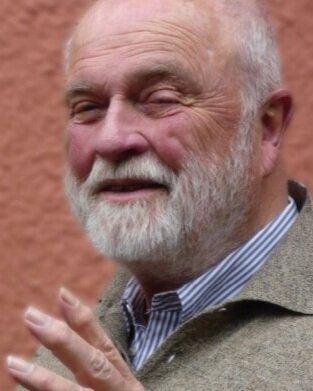 Donlyn Lyndon's work as an architect, author and educator concerned with the design of places has been widely recognized. Within UC Berkeley's College of Environmental Design, he is a member of the Graduate Group for the Design of Urban Places and teaches in both the architecture and master of urban design programs. He is the editor of PLACES, a journal of environmental design, author of The Sea Ranch (with Jim Alinder) and The City Observed: Boston, and co-author of Chambers for a Memory Palace and The Place of Houses.

Lyndon serves on the boards of the International Laboratory of Architecture and Urban Design in Italy and of the Charles Moore Center for the Study of Place in Austin, Texas. He is chair of the board of directors for the Kronos Performing Arts Association and has served as a member of the Architectural Advisory Board for the U.S. State Department's Office of Overseas Building Operations. His architectural and urban design practice has included a continuing series of works at Sea Ranch, Calif., where, with Moore Lyndon Turnbull Whitaker, he was one of the designers of Condominium One (1965), which subsequently received the distinguished 25-year Award from the AIA. He has continuing architectural work there and has been the architect for projects elsewhere in California, Texas, New England, the South and the Northwest.

His urban design practice in California has included plans for Pasadena, Menlo Park and Berkeley, including the Bayer Biotech campus and the Downtown Public Improvements Master Plan for the city of Berkeley. He is a fellow of the American Institute of Architects, his work has received numerous design awards, and he is frequently asked to serve on architectural competition juries. Lyndon headed the Department of Architecture at the University of Oregon and at MIT and is a former chair of the Department of Architecture at UC Berkeley. His work as an educator was honored in 1997 with the AIA-ACSA's Topaz Award, the highest award in architectural education, and he has served as a chancellor's professor and as the Eva Li professor at Berkeley. Current research activity includes examination of the structure of place and the ethical dimensions of design.