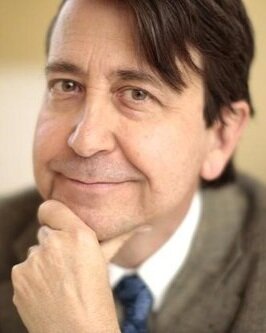 Hank Dittmar was the chief executive of The Prince's Foundation for the Built Environment. The Prince's Foundation is an educational charity established by the Prince of Wales to teach and demonstrate in practice those principles of traditional urban design and architecture that put people and the communities of which they are a part at the heart of the design process.

Dittmar had 25 years of leadership experience in the fields of urban design, transportation planning and development. Prior to assuming the post with The Prince's Foundation, he was president and founder and CEO of Reconnecting America, a nonprofit organization focused on building regions and communities around transit and walking rather than solely around the automobile. Dittmar was appointed by President William Clinton to the White House Advisory Committee on Transportation and Greenhouse Gas Emissions and the President’s Council on Sustainable Development’s Metropolitan Working Group, for which he served as chair. From 1993 to 1998, Dittmar was the executive director of the Surface Transportation Policy Project, the American national coalition for transportation reform. He has also served as a regional planner, an airport director and a public transit manager. He is a former chairman of the board of directors for the Congress of the New Urbanism.

He is the author of Transport and Neighbourhoods, co-editor of The New Transit Town: Best Practices in Transit-Oriented Development, and a contributing author to Sustainable Planet: Strategies for the 21st Century. Dittmar was a senior research associate at the Oxford University Centre for the Environment and was outstanding alumnus of the Graduate School of the University of Texas in 2008. He was a senior lecturer in the School of Architecture at the University of Texas at Austin in 2003-2004.

Dittmar held a bachelor’s degree from Northwestern University in Evanston, Ill., and a master’s degree in community and regional planning from the School of Architecture of the University of Texas at Austin.