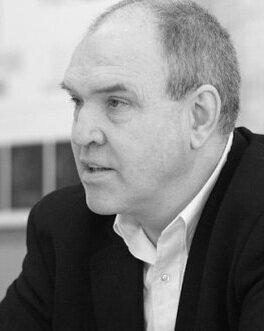 Witold Rybczynski, born in Edinburgh, raised in Canada, and currently living in Philadelphia, is the Meyerson Professor of Urbanism at the University of Pennsylvania. He has written on architecture and urbanism for The New York Times, The Atlantic, The New Yorker and Slate, and is the author of the critically acclaimed Home and the A Clearing in the Distance, a biography of Frederick Law Olmsted, for which he was awarded the J. Anthony Lukas Prize. He is the recipient of the National Building Museum's 2007 Vincent Scully Prize.

Rybczynski’s wide range of professional experience and interest reflects the multidisciplinary strengths of the new urbanist movement. He is an acclaimed architecture critic and a professor of urbanism at the Wharton School of the University of Pennsylvania. As an architectural historian, Rybczynski offers a deep understanding of the historical themes that have guided architectural movements, notions of home, the development of American urbanism, and various matters of architectural style and fashion.

Rybczynski received his bachelor’s and master’s degrees in architecture from McGill University in Montreal, then taught at McGill after completing his degree. In 1996, he joined the faculty at the University of Pennsylvania’s Wharton School in Philadelphia where he currently researches real estate, architecture, urban design and urbanism. Rybczynski is also co-editor of the Wharton Real Estate Review. Rybczynski serves on numerous boards, including the Encyclopedia Americana Advisory Board, the Urban Design International Editorial Board, and the Open House International Editorial Board. He is on the U.S. Commission of Fine Art.

Rybczynski architectural criticism appears in such publications as Slate magazine and Rocky Mountain News. In recent articles, Rybczynski relates New Orleans to Rust Belt American cities and considers the slow response to recovery in contrast to the centralized, aggressive government efforts of Depression and WWII era. His publications include Home: A Short History of an Idea; The Most Beautiful House in the World; City Life: Urban Expectations in a New World; A Clearing in the Distance: Frederick Law Olmstead and America in the Nineteenth Century; The Look of Architecture; and The Perfect House: A Journey with Renaissance Master Andrea Palladio. He has received numerous awards including the Alfred Jurzykowski Award (1993), the Progressive Architecture Award (1991), Honorary Fellow, AIA (1993), Athanaeum of Philadelphia Award (1997, 2001) and Ballard Real Estate Scholar (1994, 2000 and 2004). He is the recipient of the National Building Museum's 2007 Vincent Scully Prize.