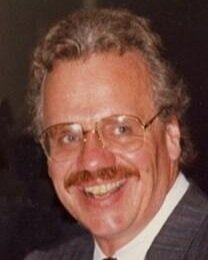 Dan Cary was one of the early proponents of new urbanism and traditional town planning, and was active in helping local governments with redevelopment and revitalization efforts for more than 20 years.

He served as director of planning for the city of West Palm Beach from 1999-2003 and led the effort of implementing Duany Plater-Zyberk & Company’s Downtown Revitalization Master Plan. Prior to this post, Cary served as director of planning for the South Florida Water Management District from 1994-2003. There he helped manage the Everglades Restoration Plan to successfully address the complexities of urban and environmental planning in the most ecologically complex watershed in the world.

Under Cary’s leadership as executive director of The Treasure Coast Regional Planning Council from 1985-1994, TCRPC earned a national reputation as an innovative leader in growth management and environmental policy development and implementation. The Council was first to develop regional wetland and upland preservation policies and lead the nation and Florida in the implementation and promotion of new urbanism and smart growth development approaches. The organization and methodologies developed during Cary’s tenure have continued intact to this day. In 2005, Treasure Coast Regional Planning Council was awarded the first ever John Nolen Medal for contributions to new urbanism in Florida.