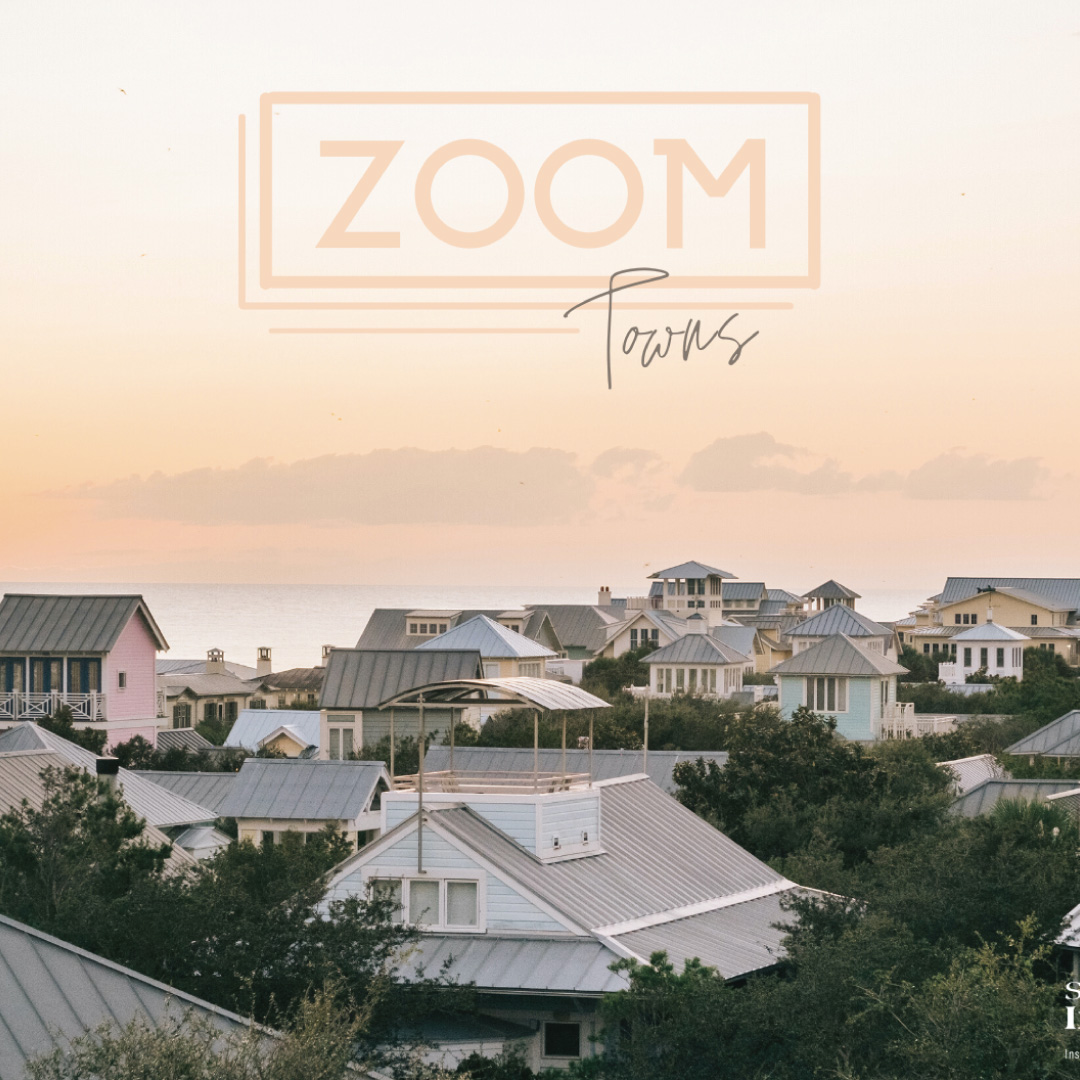 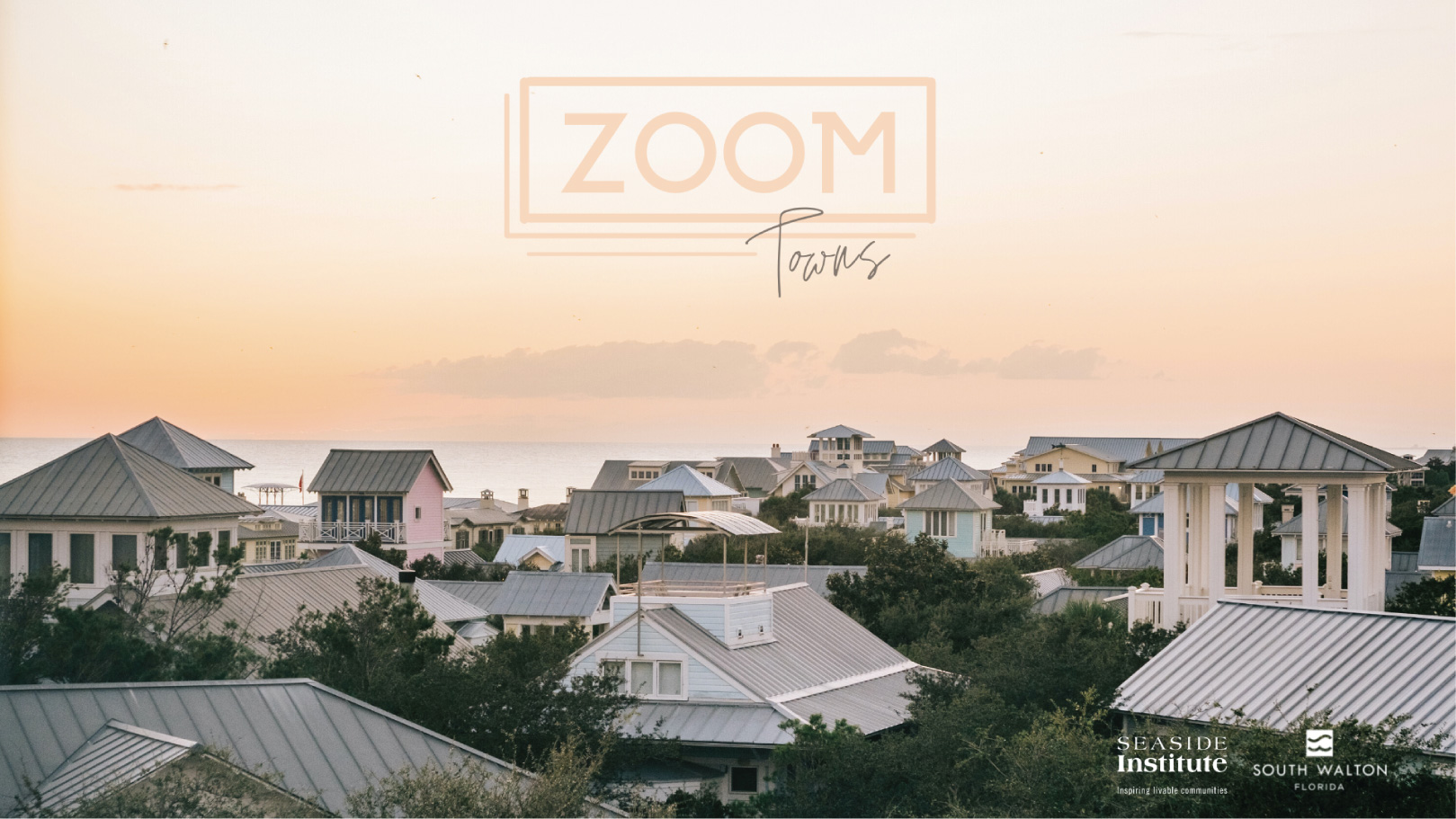 Zoom Towns: How the Remote Work Revolution Could Drive Change in Seaside and 30A

Easily accessible video technology has facilitated a transition from workers concentrated in an office setting to individuals working remotely. This phenomenon has been accelerated as companies required employees to work from home in response to the Pandemic, and many employees in turn discovered that not only could they perform their jobs remotely, but in many cases were more productive and enjoyed the freedom and flexibility that remote work provided.

As people discovered they could work from anywhere, they began to relocate to places with characteristics they found more appealing than their existing location, which has generally meant moving from a larger metropolitan area to a smaller town. In response to this, a number of communities have decided to proactively attract these individuals by providing infrastructure and amenities that facilitate remote work. Thus, the birth of “Zoom Towns”.

Walton County is the fastest growing county in the state of Florida and the sixth fastest growing county in the nation. The schools have seen an increase of over 3,000 students and the population has almost doubled since the last census. Many of these new residents are remote workers from large cities in Texas and the Southeast. Could talent become the driving force of economic development in Walton County? Has the Great Reshuffling from urban areas to more rural areas already begun?

This symposium will examine the potential implementation of such a strategy in Walton County. The three-part series will begin with a macro-overview of changing patterns of work and migration, followed by an examination of communities where the strategy has been successfully implemented, and conclude with a discussion of how the strategy could be implemented in Walton County as part of the county’s overall master plan.

SESSION ONE: REMOTE WORK AND THE EMERGENCE OF ZOOM TOWNS 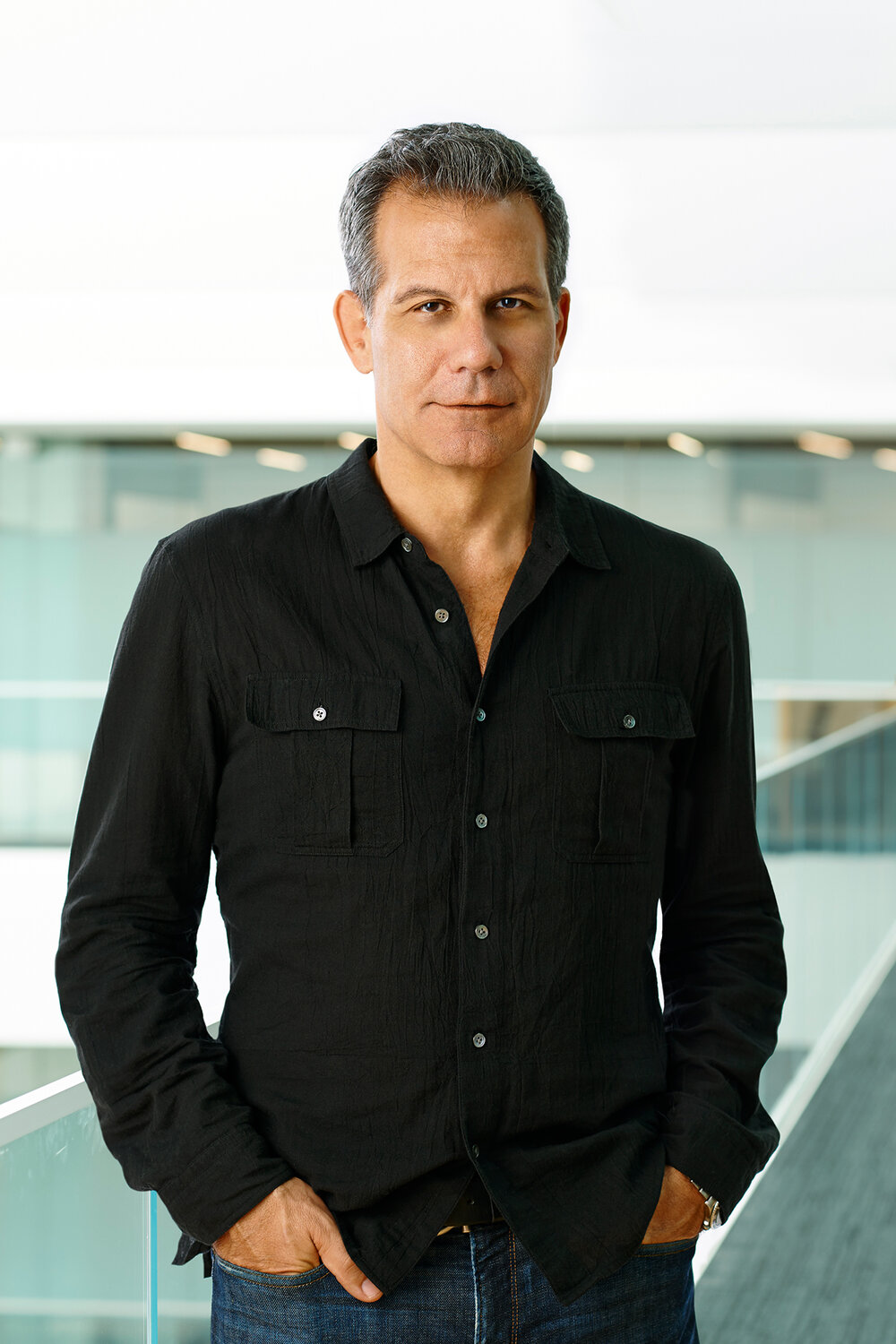 Richard Florida is one of the world’s leading urbanists.

He is a writer and journalist, having penned several bestsellers, including the award- winning The Rise of the Creative Class and The New Urban Crisis. He co-founded CityLab, the world’s leading publication for cities and urbanism.

He is a researcher and professor, serving as University Professor at University of Toronto’s School of Cities and Rotman School of Management. He has previously taught at Carnegie Mellon University and been a visiting professor at Harvard and MIT.

He is an entrepreneur, as founder of the Creative Class Group which provides strategic advice to companies, foundations and governments worldwide, and serves on the boards of several real estate development firms, venture capital firms, and investment funds. 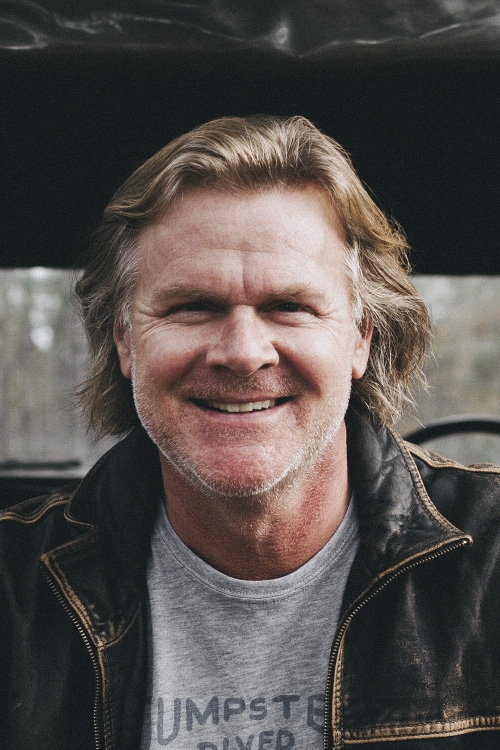 Mike earned a Master's Degree in Advertising and Public Relations from the University of Alabama. He began his career as an Internet pioneer, creating some of AOL’s most successful online communities, including Hecklers Online, the world's first interactive comedy community, and Antagonist Games Network, the largest video game community in the world at the time.

In 2007, Mike created 30A®, a beach brand inspired by life along Florida's Gulf Coast. 30A manages numerous media platforms including www.30A.com, 30A mobile apps, a beach radio station (www.30Aradio.com), 1.5 million social media fans and Beach Happy® Magazine, available on newsstands nationwide (www.beachhappymag.com). 30A manages numerous licensing partnerships, including 30A craft beer, 30A wine, 30A electric bikes, 30A real estate, 30A sun care, and 30A recycled apparel (www.30Agear.com), which is made from recycled plastic bottles and is sold in 400 stores nationwide. 30A has prevented over 6 million plastic bottles from going into our oceans, has given away over 3 million of its famous blue 30A stickers, and has raised over $2.8 million for coastal charities.