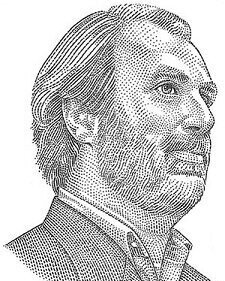 John Massengale is an architect and urban designer in New York City who has won awards for Architecture Urban Design, architectural preservation and architectural history.  “Place” is at the heart of everything Massengale designs and studies. From cities and streets to buildings and rooms, he emphasizes making places where people want to be.

He is the co-author of Street Design, The Secret to Great Cities and Towns (Wiley,2014), New York 1900, Metropolitan Architecture and Urbanism 1890-1915 (Rizzoli, 1983), and The Anglo-American Suburb (St. Martin’s Press), one of the primary texts at the original Seaside charrette.

A graduate of Harvard College and the University of Pennsylvania School of Architecture, Massengale has taught architecture and urban design at the universities of Notre Dame and Miami. He is a former Board member of the Congress for the Urbanism (CNU), the Institute for Classical Architecture & Art (ICAA), Federated Conservationists of Westchester County (FCWC), and is the founding Chair of CNU NYC, the local chapter of the CNU.