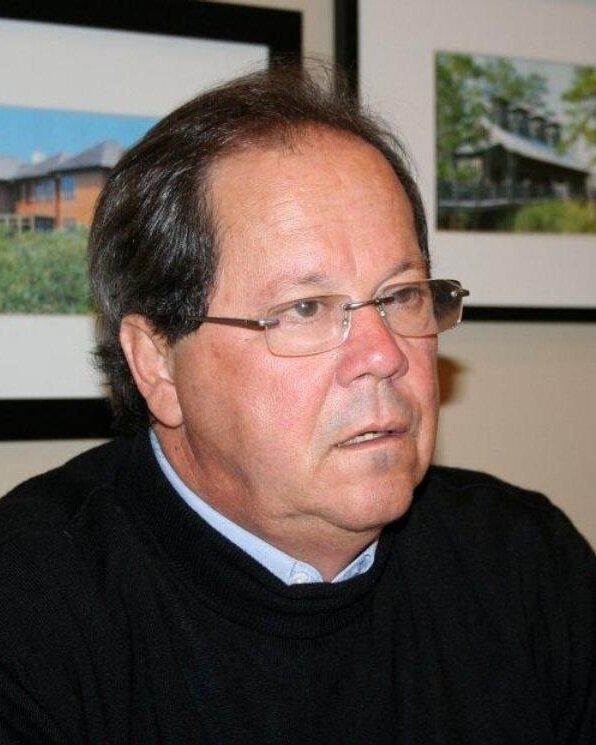 Tom Christ did his first work in an architectural firm before he even began his architectural education, working in a local office as a draftsman during high school summers. He received his formal education from Florida A&M, graduating with a Bachelor’s degree, and returning immediately to work in various areas of Miami. It was during this early period in his career that he went to work for Andrés Duany and Elizabeth Plater-Zyberk when they were first starting their firm, DPZ. His time at DPZ was also his introduction to Seaside; he worked on the final stages of land planning for the town and on some of the prototypical houses also worked on by the “Night Crew.”

It was during his time working with DPZ that Christ met Robert Davis. In 1984 Davis asked Christ to come to Seaside to serve as Town Architect for a year. So Christ and his wife moved to the beach, planning to stay only a year, not knowing that they would end up staying for another thirty years. While serving as Town Architect, Christ received numerous commissions very quickly, including several of the early houses on Tupelo Street and Ruskin Street, along with the Savannah Street Beach Pavilion. He also worked on some of the buildings in the work area, including a tower on axis with Tupelo Street, called “Poet’s Tower.”

Although his year-long tenure was very busy, Christ considers his greatest accomplishment as Town Architect his time spent working with some of the excellent architects at Seaside at that time, particularly Andrés Duany. They all shared many of what he feels were the greatest challenges of working in Seaside so early in its existence: designing houses using a new type of code, while also defining a specific southern vernacular style and striving to keep clients content. Christ observes that although there were plenty of examples of the northern Florida style in the area—both good and bad—many architects of the early years sought to develop their own styles and interpretations of the vernacular. This endeavor led them to push the envelope and test how far the design code could go. He believes that although the perception was that architects should not stray too far from the intent of the code, both Robert Davis and Andrés Duany encouraged and even desired pushing the boundaries of the code to see just what it could become. Although this was challenging for the many young architects working in Seaside, and did not always yield successful designs, it was an important aspect of early Seaside.

Thirty years later, Christ looks back fondly on the very early days of Seaside. It was a time when architects and contractors were all working together and having fun, experimenting constantly with everyone equally excited to try something new and different. Every day ended with volleyball on the beach. It was a good time for everyone, but as the town began to grow, likewise the responsibilities and the attitude of Seaside shifted to become more work-focused. Christ also found it fascinating to watch the town grow over the last thirty years: from a small town with simple little cottages to a larger town of more complex structures. The whole attitude of the town has changed, and he has found it interesting to see how exposure to different influences can affect the growth of a place over time. In Seaside those influences were mostly economical, and Christ points out a visual division in the town from the eastern-most portions, the oldest part of Seaside, to the newer western half of the town. As land values rose, the clients began pushing for “bigger, better, taller” then they had before. This phenomenon was widespread in Seaside and changed the look and feel of the town, which started so small, to something bigger but, in his opinion, not as special. Even so, it still remains a beautiful and unique place.

Today, Tom Christ is partner and owner of his own firm, Christ & Associates, located in Santa Rosa Beach, Florida. His firm primarily does custom residential work, as well as commercial projects, interior design, and landscaping. Christ is still active in Seaside as well, having done eighty-five private residences there to date. Their work has been showcased in many books and magazines and has been featured on the HGTV cable network.